It’s a fairy tale or fake news to believe all is sweet and peaceful in the world of birds. We are enchanted by their melodious tweets and beautiful plumage, and are often found among them in seemingly peaceful natural settings, but don’t be fooled. Their world is one without constables or arbiters of justice. There are no rules, other than “might makes right”, “survival of the fittest”, and “it’s okay if you can get away with it”.

Their crimes range from petty theft to rape and murder. We birders are onlookers into this world which is similar to our old Wild West, and are grateful for our, albeit fragile, institutions of justice. As we bird we are witnesses to many of these crimes and often wonder what it would be like living in their world. Occasionally I’m even tempted to intervene on behalf of a victimized bird, but usually hold back and let nature take its course and toll.

Many of their crimes are mere misdemeanors. This would include the holes the Red-bellied Woodpecker is making in my sister-in-law’s cedar siding. The crows, jays, and gulls are perfecters of the art of petty theft. The former two are attracted to shiny objects, while the latter steals food, literally from the mouths of their careless victims. This usually results in a chase, sometimes resulting in a maimed fish dropped back into the ocean with no party getting any satisfaction.

A somewhat more onerous and significant crime is the practice of brood parasitism as I’ve discussed in prior posts. This disgusts our human sense of fairness and personal responsibility, but evolution has apparently blessed it as a successful tactic among many bird species. The initial crime is the stealthy planting of the itinerant egg in the nest of the unsuspecting parent-to-be, but the atrocity is magnified when the robust hatchling pushes the other weaker step-sibling out of the nest.

Many avian disputes are over territory and nesting rights, somewhat similar to those issues which crowd our human court dockets. The Red-winged Blackbird claims his territory with a beautiful song, but don’t let that fool you. He’ll attack any other bird, even a larger foe, that dares interlope into his nesting sphere of influence.

My friends Andy and Sam were accidental witnesses to a spectacular avian air battle between an adult Bald Eagle and Osprey. Andy was even dexterous enough to grab a camera and snap off a shot or two to document the event. Unfortunately, in cases such as that one shoots the pictures first, and checks camera settings later. It seemed like the smaller Osprey got the better of that fight. It was probably a territorial spat with the eagle getting too close to the Osprey’s nest. As you know, Bald Eagles are opportunistic scavengers, often feasting on the killings of others.

Hawks and owls, on the other hand, are merciless killers, always on the prowl to feed themselves and their offspring. Often their victims are other birds, but small mammals are also unsafe around a hungry bird-of-prey. In my yard Accipiters have become good at patrolling the bird feeders, flying in fast and low to take an innocent, unsuspecting passerine. We can take some comfort in that such killings are a necessity of life for the raptor.

In my last post I reported the rape of a Muscovy Duck. I will hazard a completely uninformed guess and venture that most sex among birds is consensual. I may be completely wrong about this, but do point out that many birds do mate for life. That lasting bond would be hard to imagine if it began with a rape, but admittedly I’m anthropomorphizing. Those ducks, however, did seem to cross a line, with no avian justice in sight.

I was recently chasing a rarity Iceland Gull on Fort Myers beach, unsuccessfully, when I snuck up on a Reddish Egret and was rewarded with my closest shots ever of the great bird. Suddenly a second egret swooped in and I witnessed a prolonged battle; or was it courtship and copulation? I find it hard to differentiate these with the birds.

So with all the violence, what is the mortality rate among birds? In this year of the pandemic our human death rates are plastered on the headlines daily. A few things are clear in the avian world. Larger birds live longer than smaller birds, but why is this so? Perhaps it’s because the larger birds are near the top of the food chain and less often preyed upon. Banding data has reported some longevity record life spans: Red-tailed Hawks and Brown Pelicans, 28 years; American Robin, 14 years; Eastern Bluebird, 10 years; and Ruby-throated Hummingbird, 9 years. Most birds, however have much shorter lives.

It’s estimated that 80-90% of birds do not live to maturity. This is a striking number, but when one remembers the numerous eggs laid and multiple broods per year created by a mating pair, it makes perfect sense. If they all survived we would be inundated with birds, just like an Alfred Hitchcock film. It’s also said that the mortality rate of birds is six times higher during spring and fall migrations. Travel is risky, as we all know.

It’s difficult to determine how many birds die at the hands or feet of other birds, or from avian diseases. Data regarding bird deaths caused by us humans is more readily available. Collisions with buildings and glass claim an astounding 600 million birds a year; collisions with vehicles, 200 million, and electric wires, 25 million. Six million birds succumb to electrocution each year and one such case was chronicled in my post of 17 November 2019. Our pesticides claim another 72 million per year, and who knows how many die from their loss of habitat. But all these numbers pale next to the 2.4 billion birds killed yearly by domestic and feral cats. That shocking number is hard to believe.

How can I conclude such a morbid post of avian crime and death? Perhaps by showing you two Great Blue Herons in love, or by simply stating that these are observations of life on our planet as it is, and not as we wish it to be. It’s merely a description of both the beautiful and fair, right along with the ugly and unjust. 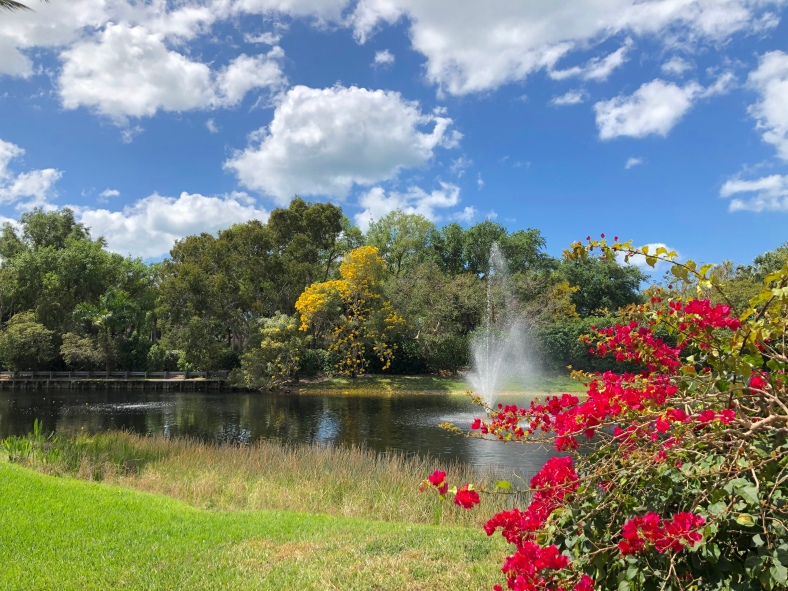 Krrrreeow, krrrreeow, krrrreeow, three loud guttural calls repeated themselves all night long from the pond just outside our bedroom window.  This was not the melodious song and varied repertoire of the Mockingbird who is known to sing long into the night, but rather a more primitive and monotonous rattle.  I was thinking wounded Mottled or Muscovy Duck or perhaps even a sick Red-shouldered Hawk.  Lying in bed and unable to sleep, I felt the forlorn cry appropriate for our time of global pandemic.  Has the virus even infected the birds? 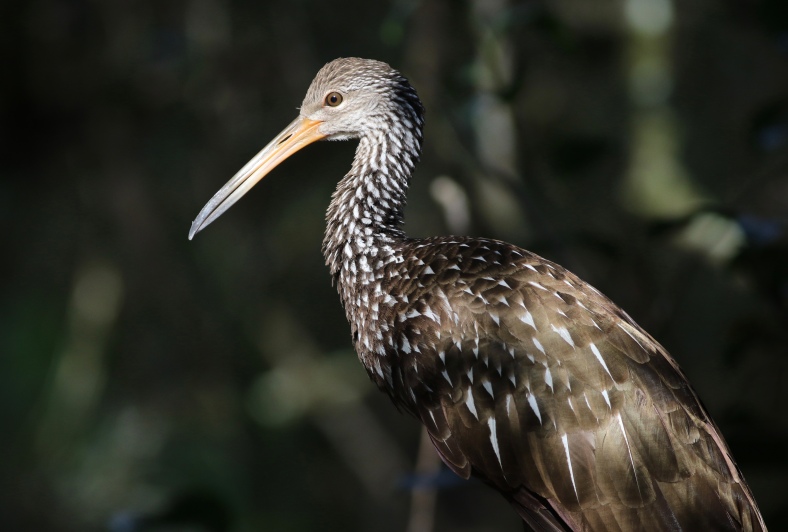 At daybreak I found the culprit.  It was actually two healthy Limpkins foraging along the far shore of the pond, under the yellow flowering Tabebuia tree.  It was not a sick call, but rather the male’s sorry excuse for a love song, apparently attractive to his mate who was now ready to submit after a full night of begging.  Perhaps we can all sleep again tonight. 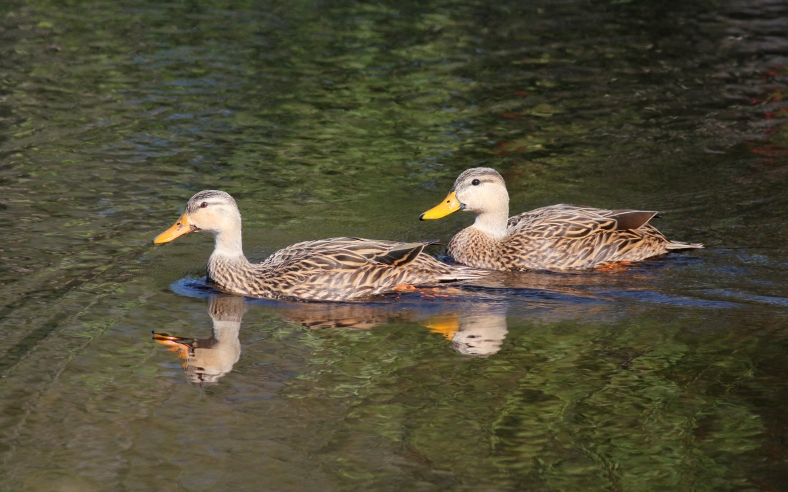 The Limpkins may be okay, but I couldn’t help but dust off my old virology texts to educate myself about the COVID-19 virus,  the tiny pathogen that has invaded our civilization and caused this global calamity. 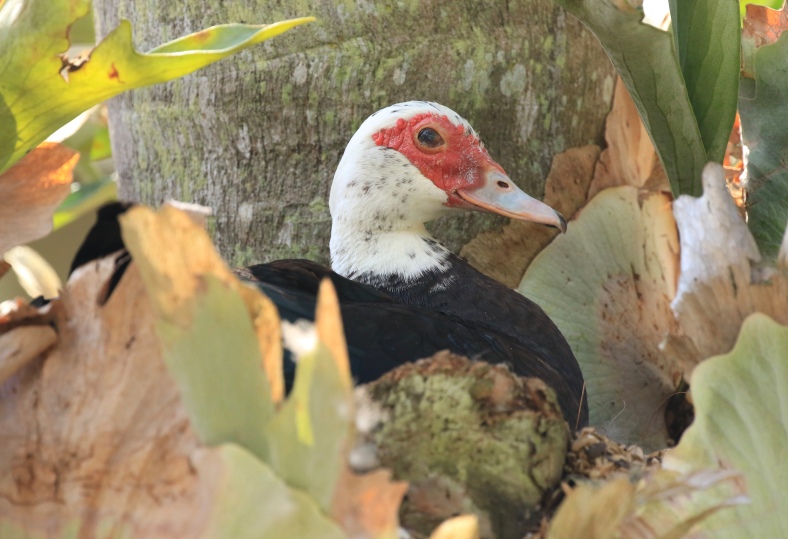 The existence of viruses was postulated long before they were seen.  In the late 19th century fine filters, usually effective in trapping bacteria from diseased tissue, were not fine enough to strain out these minute structures.  Optical microscopes, adequate for bacteria, could not resolve the much smaller viruses.  Martinus Beijerinck first described a virus, the tobacco mosaic virus, in 1898 but it wasn’t until the invention of the electron microscope in the 1930’s that we could actually see the evil doers. 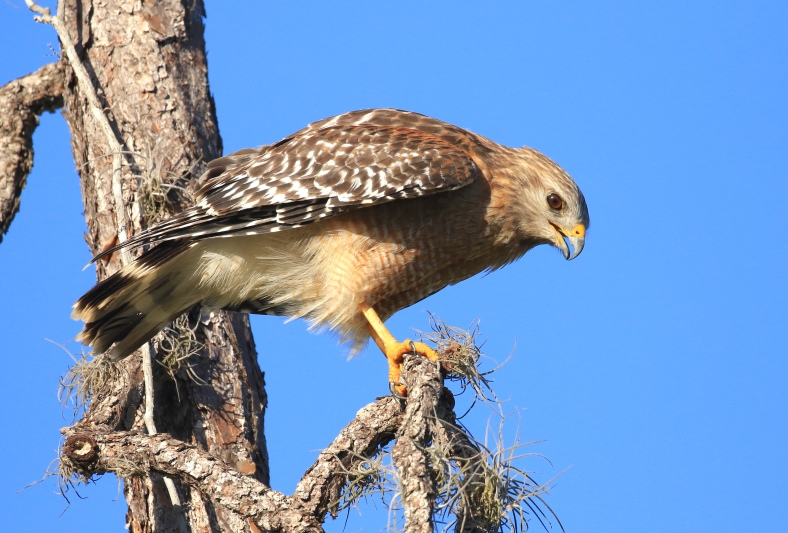 Scientists were amazed to see these geometric particles that resembled spaceships or underwater mines more than life forms.  They have no cell membrane or other standard cellular structures.  They are primarily genetic material contained within a protein capsule.  Can you even call them living?  This question is still debated as they barely meet the criteria of life; they have genetic material, they reproduce, and they evolve.  Today viruses are the most numerous life form on the planet, more than all other entities combined. 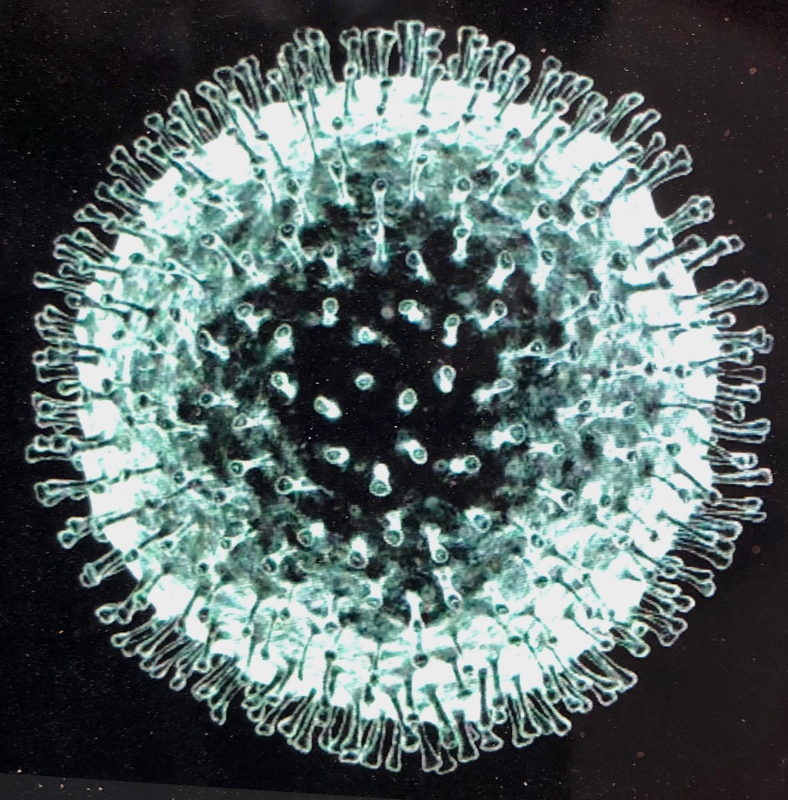 How do viruses cause disease?  A virus outside a cell is a harmless, inert particle.  Inside the cell, however, it reeks havoc with the cell’s genetic apparatus and biochemical pathways, eventually causing cell lysis and death.  It first needs the cell, however, to help it replicate and spread daughter viruses into other unsuspecting host cells.  Some are even more nefarious and become latent intracellular sojourners, waiting to cause their mischief later, perhaps when the host’s defenses are weaker. 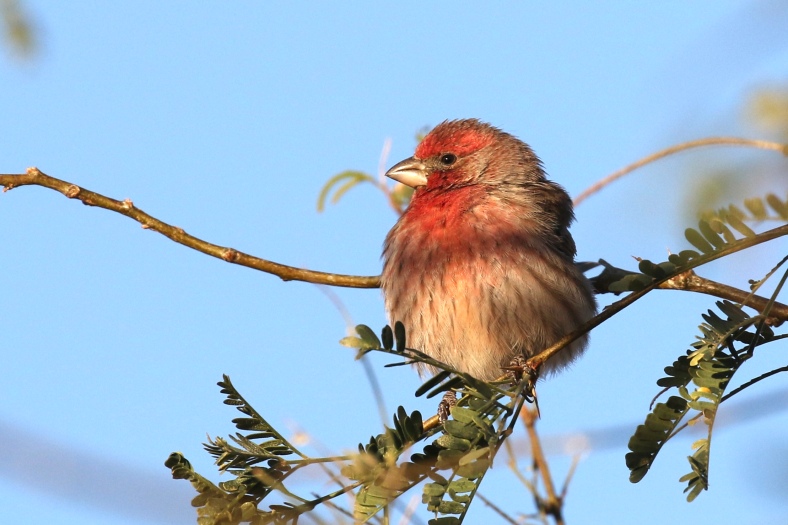 Birds, just like all other living things, are not exempt from viral infections.  Their most famous recent epidemic was that caused by the avian influenza virus in 2008.  This scourge primarily infected flocks of domestic chickens and turkeys–practicing social distancing within a coop is problematic.  Thankfully wild birds and humans were only minimally affected. 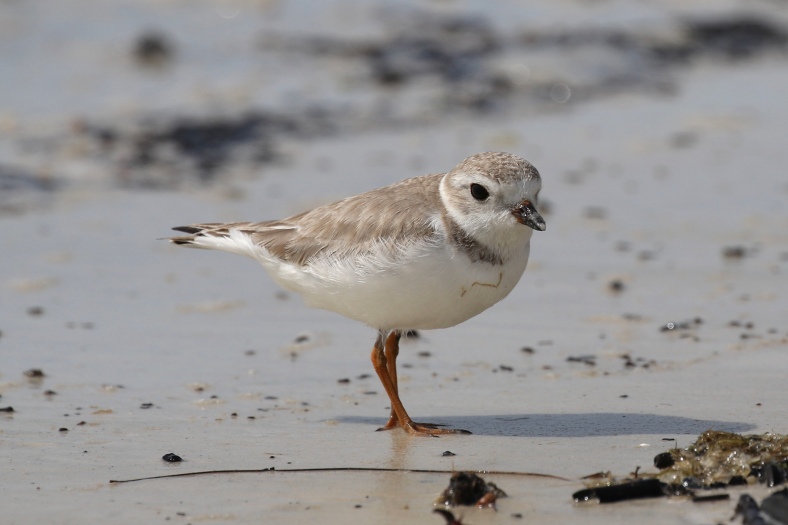 In the midst of our corona virus pandemic it is interesting to reflect on how far we have progressed in fighting infectious disease.  These are all, of course, in addition to our inherent biologic defenses.  The effects of over-crowding and poor sanitation were apparent to even the ancient civilizations.  Without even understanding the biologic mechanism or specific pathogen, Edward Jenner started vaccinating for the small pox virus in 1796.  In the 1860’s Louis Pasteur and others promoted the concept of germ theory, even before the germs themselves were identified.  This was followed by improvements in personal hygiene, isolation of infected patients, and sterilization of medical equipment.  Sulfa was the first antibiotic used against bacteria in the 1930’s, with antivirals first appearing on the scene more recently in the 1980’s. 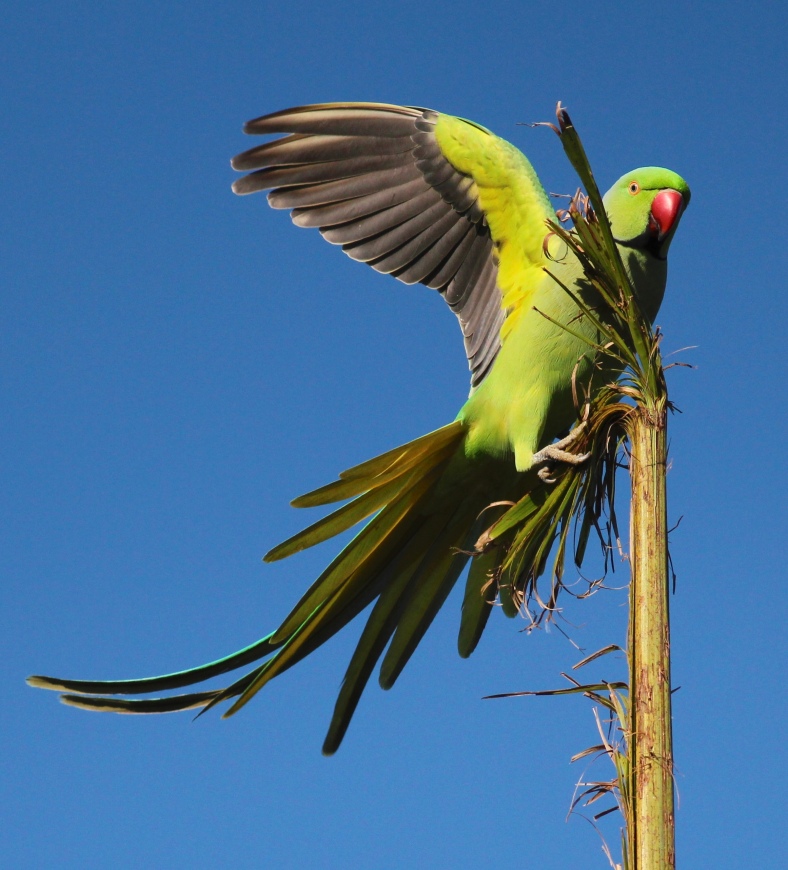 At the time of this writing we are in the middle of the 15 day voluntary quarantine, attempting to dampen the rapid spread of the virus which requires coughing and sneezing humans to spread to the next nearby host.  Most of us get this, except for those foolish snowflakes on spring break crowding our Florida beaches, sharing the pathogen, and then heading back north to infect their financing parents.  Yesterday I noticed that there were hardly any other walkers on our beach as I counted birds and got some sorely needed exercise.  I found out why we were alone when escorted off the sand by the polite ranger and sheriff.  Thank you snowflakes. 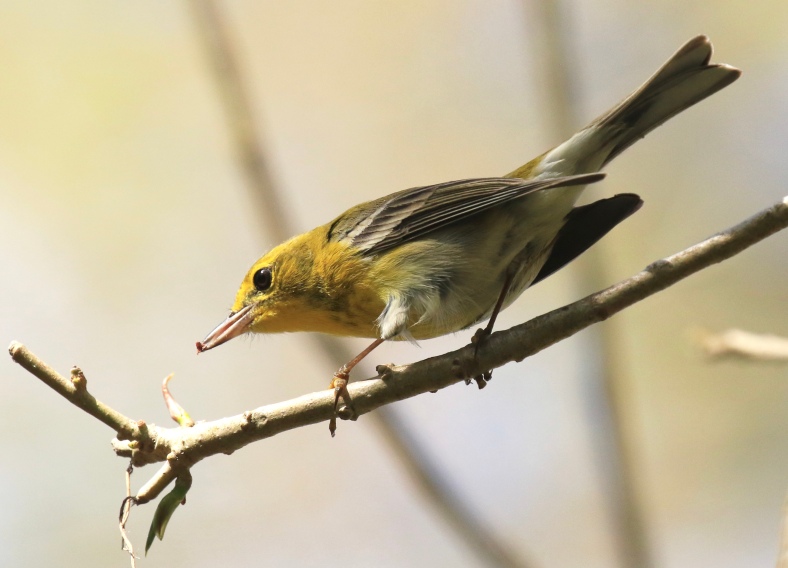 With the beach now off-limits, and after cancelling my birding trip to Costa Rica, I’ve begun an indoor birding adventure.  Andy lent me his 2000 piece jigsaw puzzle of all the North American passerines.  The pieces have taken over the den, sorted by color, body part, etc.  It helps if you know the birds, beak shapes, leg colors, and other field marks.  My wife thinks I’m practicing for the nursing home, but this exercise is just another aspect of our fascinating hobby and suits me perfectly during the lockdown. 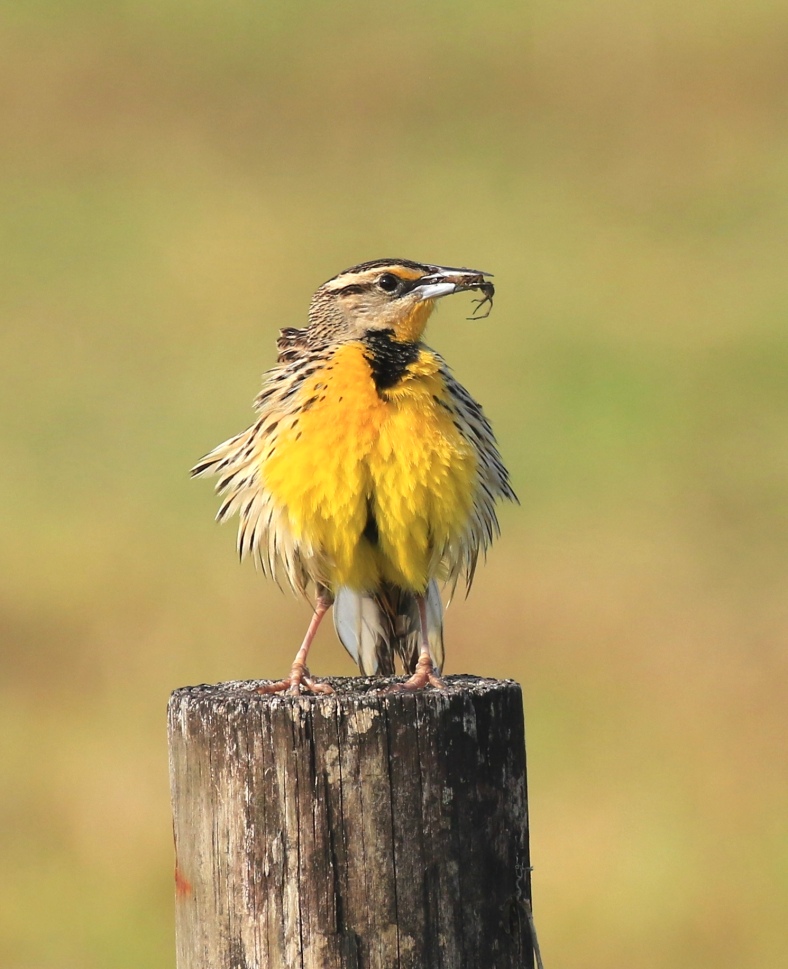 They say we are in a war against this virus, and I agree.  Our most recent wars were fought by only a few, barely affecting the rest of us.  This one feels different, perhaps more like the 1940’s when the entire population was mobilized.  In those prior wars the medical corps was in the rear, but in the current struggle our nurses and their medical colleagues are the frontline. I’m now retired from their ranks but proud of them and have complete faith that they will win this war.  For the rest of us, keep calm, stay separated by six feet, and carry on.