Hyderabad is the furthest south in India we travelled during our month on the subcontinent.  It’s another of those large cities that rival the size of New York (over 7 million people) that I had never heard of before planning this trip.  My bad.  Hyderabad is located on the dry Deccan Plateau of central India in the state of Telangana and historically known as the diamond and pearl trading center of the country.  Its rainfall is limited and erratic and when we visited it was hot, dry, and dusty. 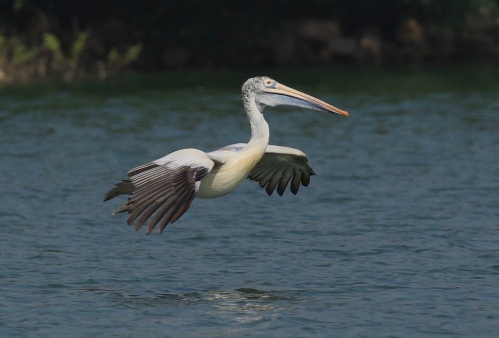 Despite the heat it was a welcome respite at the end of our formal tour; a chance to settle into the lovely modern home of our hosts, Krishna and Shubha, do some laundry, review hundreds, no, thousands of bird shots, and pour over bird guides to ID the unknowns.  One of the highlights of the visit was meeting Shubha’s large extended family at a wonderful Indian Sunday brunch.  I don’t remember all their names but I do remember their warm reception of us travelers, the obvious affection the family members show for each other, and the delicious food.

Hyderabad displays new and old India in stark contrast.  There are soaring hi-tech high rises adjacent to poor hovels, and new shiny shopping malls next to traditional open air food markets.  This city is not on the typical tourism circuit and there were fewer western faces on the streets.  I noticed several school aged girls in the mall watching me closely and sheepishly ask Shubha if I was the famous visiting Christian missionary.  She assured them I was not. 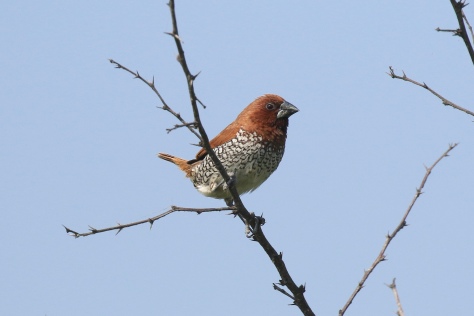 We targeted 3 birding hotspots around Hyderabad to sample the local avian fauna; Ameenpur, a small lake just northwest of the city, the Osman Sagar reservoir west of town, and the ICRISAT Campus.  This latter site was my favorite, both for the incredible birding, but also for the significance of the institution itself. The “International Crops Research Institute for Semi-Arid Tropics” is a non-profit organization in Sub-Sahara Africa and India working to equip and educate the rural poor in establishing sustainable agricultural practices and create profitable farms in these drylands.  Check out their website:  http://www.icrisat.org

The campus of ICRISAT is a spacious area of experimental fields,  irrigation ditches, wetlands, and research buildings connected by dikes and gravel roads, i.e. a birder’s paradise.  The facility is gated and prior permission is necessary for entry.  This was graciously granted by Senior Manager MM Sharma who took us on a preliminary tour before releasing us to our independent exploration.

The Weavers are an interesting family of gregarious birds, most commonly found in Africa and Asia and known for their polygamous lifestyle.  I was surprised to learn that they are a close relative to the famous and long-suffering House Sparrow which plague almost all our world’s urban centers.  The Weavers are aptly named given their large hanging communal nests.  We saw several Baya Weavers and their handiwork in the fields of ICRISAT.

Close by we found a striking Jacobin Cuckoo, perhaps my favorite bird-of-the-day. I added the Black-headed and the Red-naped Ibis to my growing life list of Ibises (The White and Glossy are common here in Southwest Florida).  I was also happy to see the Darter, a close cousin of our similar Anhinga of Florida.  Overall I added 26 birds from these three sites to my life list.

India’s many colorful birds contribute to your visual impression of the entire country.  Saris, storefronts, markets, and even the trucks create a kaleidoscope of color, further enhanced by the birds.  A recent article in the Wall Street Journal by Helen Czerski succinctly described the origin of a feather’s color.  There are two different mechanisms that account for our perception of color in birds.  In the first the color is caused by a pigment, a molecule that absorbs some of the wavelengths of light in the color spectrum and reflects other wavelengths.  It’s the reflected wavelengths that result in the perceived color. 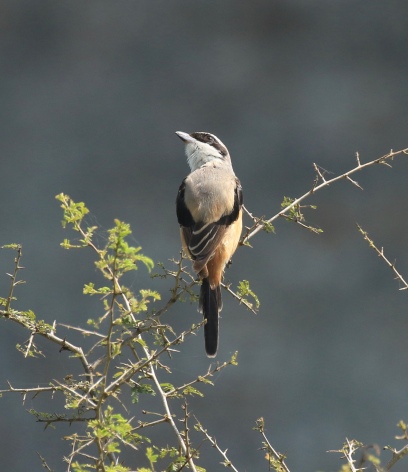 The other mechanism depends on the molecular structure of the protein in the feather.  There are microscopic spaces or cavities of various sizes in the keratin protein.  The different wavelengths of visible light bounce around within these cavities, some cancelling each other out, while others escape the cavity and give us the perceived color.  This structural mechanism is the only way we see blue color in birds; there is no blue pigment.  Some birds and feathers are colored by both mechanisms.

Our final dinner in Hyderabad was a night to remember.  Shuhba and Krishna did not say much about our destination as we navigated through the heavy traffic.  There are 3.5 million licensed vehicles in the city and a whopping 77% are scooters and three wheelers.  I think we saw most of them that night, but it was all worth it.  There were oohs and ahs as we climbed the hill and finally saw the spectacular Falaknuma Palace at the peak, overlooking the city lights to the north.  This impressive palace was the home to the ruling Nizam of Hyderabad and built in 1884 with a strong influence of 19th century Tudor and Italian architecture.  A wonderful tour of the palace was followed by an elegant dinner and was a memorable conclusion to our Hyderabad respite. 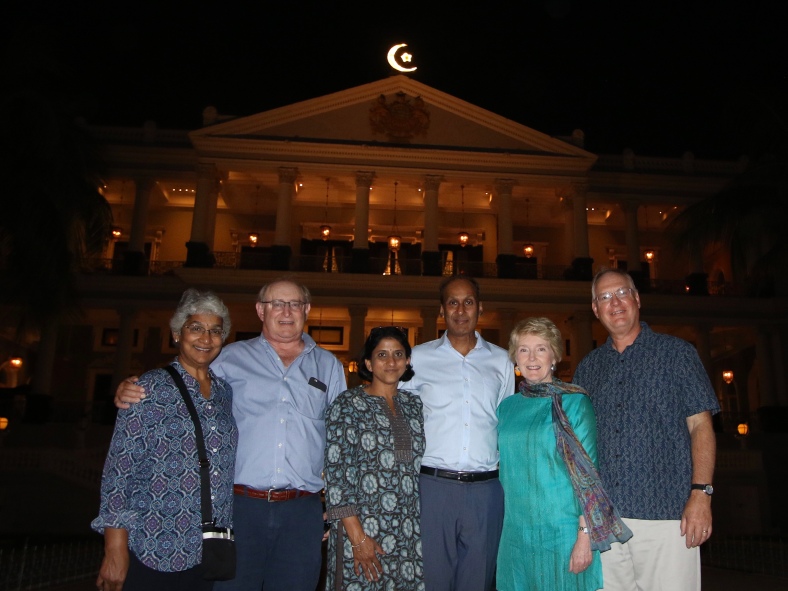 Just like the British custom, it was now our time to finally escape the heat and head to the hill stations in the cooler foothills of the Himalayas.  Lower temperatures, new habitats, and different birds beckoned us north where we would meet our bird guide and driver for the remainder of our Indian sojourn.