It was hot and humid.  There was a long line of creeping traffic entering a driveway which terminated in a dusty gravel parking lot by the lake.  There were several ripe porta-potties next to the woods, some with queues of anxious people waiting their turn. My fellow attendees were a strange-looking group decked out in multi-pocketed pants and vests and a peculiar collection of wide-brimmed hats.  Despite the heat, sweat, and crowd, everyone seemed happy, some coming from great distance to see the show and hear the music.  This was not 1969 in White Lake, New York, but rather 2017 in Magee Marsh, Ohio, and the performers were not Janis Joplin and Jimi Hendrix but rather the warbling songbirds, stopping here briefly on the long journey north. 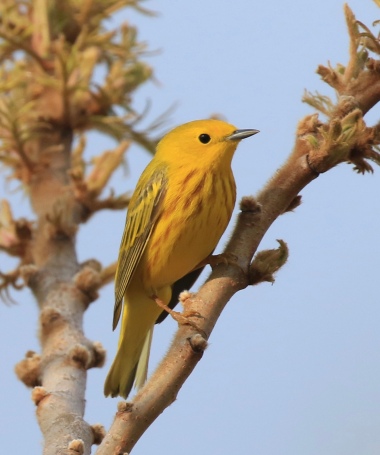 Every spring the neotropical songbirds cross the vast Gulf of Mexico and island hop the Caribbean in March, proceeding northward in waves depending on the prevailing winds and weather patterns.  The arrival of specific warbler species at Magee Marsh is amazingly reproducible year after year with the early arrival of Palm and Yellow-rumped Warblers by late April, others coming in early May, with later May arrivals of species such as Blackburnian, Canada, and Wilson’s Warblers.  Yearly the peak times at the marsh are the 2nd and 3rd weeks of May and by the first of June the show is over. 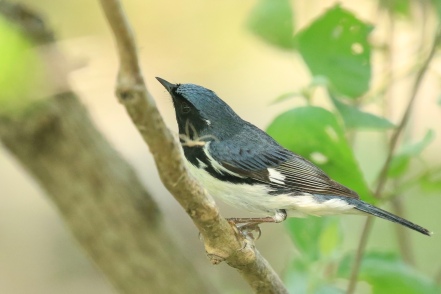 Magee Marsh is located along the rural southern shore of Lake Erie, 16 miles west of Port Clinton.  It is birded primarily from a slightly less than one mile boardwalk which winds through a mixed habitat of low-level growth, taller trees, and wetlands. I have found the birding best in the western half of the walk and judging from crowd size others agree with this.  You’ll find a mixture of birding styles; there’s the classic binos-only approach versus the camera-only style.  There’s even some birders with neither–many of the warblers are easily visible by naked eye right along the rail.  My technique used both binos and camera, but has the distinct disadvantage of forcing that choice each time a new bird popped up. 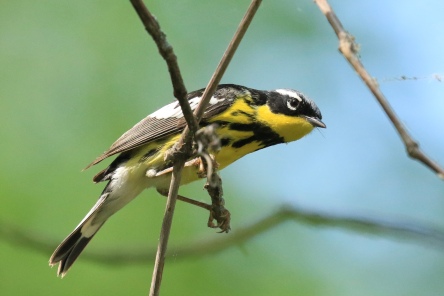 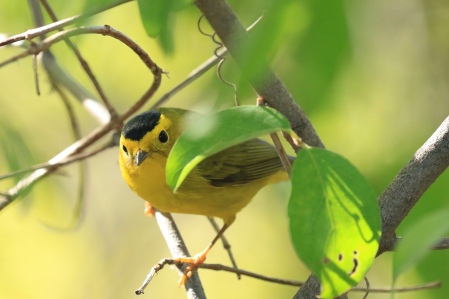 The warblers were plentiful all four days of my recent visit.  If you want to see the more uncommon birds just look for the crowd, aim your binos the same direction of others, or just ask for guidance.  There’s no paucity of good advice and opinion on the boardwalk.  The two major crowd pleasers of my visit were the Mourning Warbler sleuthing low in the underbrush and the Golden-winged Warbler high in the canopy near the visitor’s center.  Unfortunately my photos of these are not great but do confirm the sightings for my personal records. 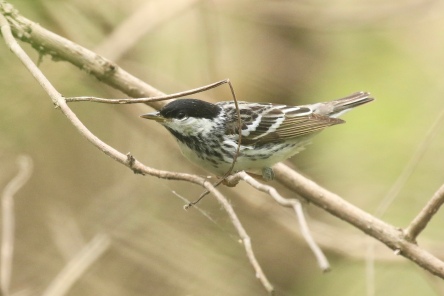 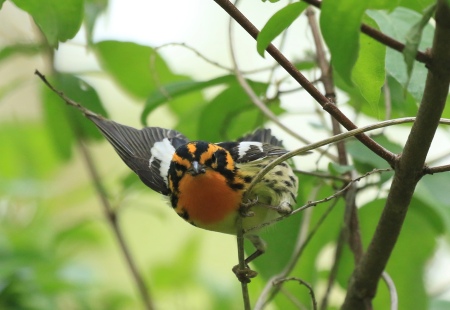 Warbler photography along the boardwalk presents major challenges.  First there are the dense thickets.  You may see the bird quite clearly in the shrubs but your auto-focus locks on intervening twigs.  I sought out relatively clear breaks between shrubs and just waited for the birds to fly to me–they were that plentiful allowing this successful strategy.  Secondly the warblers are extremely fast and active, chasing the bugs, and almost teasing the stalking photographers.  When one finally poked into the clear the  staccato camera clicks reminded one of the paparazzi of Hollywood.  Then there’s the low light issues in the lower bushes, suddenly contrasting with the bright sunlight as they bird moved upward.  You’re constantly adjusting your ISO and exposure compensation settings.  Lastly, as May progresses the shrubs and trees are leafing out, further restricting observation and photography. 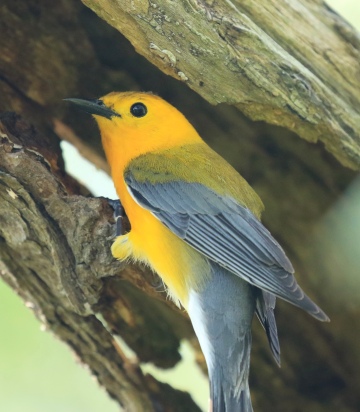 I don’t believe this setting is ideal for a tripod or the larger 500mm+ lenses–the birds are too close and quick.  You’re much better off with a more versatile 100-400mm zoom or other such system.  One day was very windy–I mean hold on to your new $26 dollar Magee Marsh cap or lose it forever in the swamp, windy.  The motion of the branches and leaves in the upper canopy was so severe that my birding that day was restricted to the lower regions. 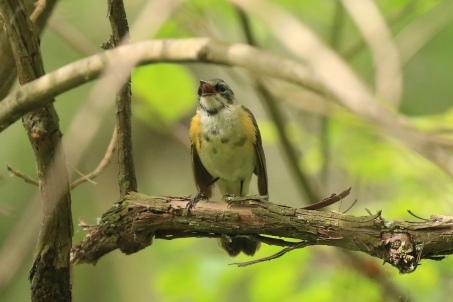 Birding-by-ear was much in evidence and I heard numerous birders working to learn that technique on the boardwalk.  Amongst the many songs there were two dominant tunes one could not help but learn over the several days.  They were sung by the plentiful and gorgeous Yellow Warbler with its three introductory notes followed by the fast trill, and the beautiful ascending cascade of the Warbling Vireo, heard all along the trail. 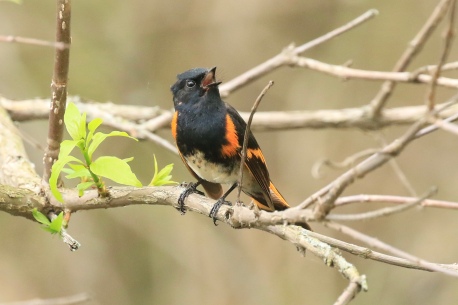 If photography’s your game you’ll be taking a lot of shots to get a few “keepers”, the ones that make the effort all worthwhile.  I took 3500 exposures over the 4 days.  You can imagine the long evenings of post-processing and deleting in the motel and airport.  For this post I chose to show the more atypical poses, rather than the standard lateral “bird-guide” view, to better illustrate the activity of the beautiful birds. 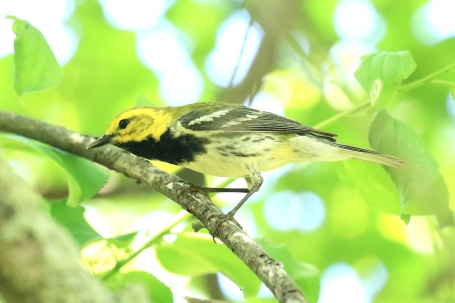 I saw 19 warbler species during the trip, (along with 48 additional resident and migrating non-warblers) and could not have been more pleased.  My conversations with the other birders also revealed their enjoyment of this Warbler Woodstock.  Although there were some young people present, it occurred to me that the vast majority of folks were baby boomer birders of my vintage.  Who knows, maybe some were even at Woodstock in 1969.  Its seems we have supplemented our appreciation of rock with warbling birdsong, and that’s fine with me.