Six of us, 3 couples, had been dreaming of a trip to Tuscany since we had so much fun together at a dude ranch in Wyoming years ago.  Now with our children grown and on their own (sort of), we all met in Tuscany, just outside San Gimignano early last October.  My brother-in-law did a fantastic job choosing the villa, Chiesetta di Santo Pietro, on a hill just outside the little village of Pancole and about 3 km from SG.  This is an 11th-12th century chapel lovingly restored by Ivo and Olga.  For a visitor from the New World, the Old World antiquity is fascinating. In addition to the sampling the wonderful wines, food, and day trips to Florence, Siena, birding was high on my list. 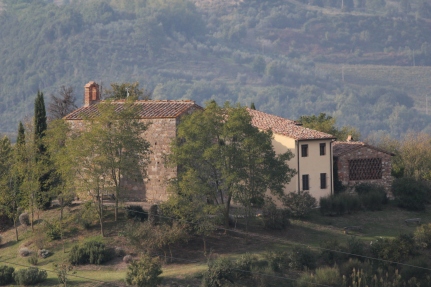 We’ve all heard the stories of the shy birds in Italy due to years of shooting, and I did indeed experience that on an earlier trip to Umbria.  You saw the bird, he saw you, and was gone before you could snap a picture or get your binoculars to your face.  So when I arose at dawn on the first day and quietly crept around the perimeter of the property I was pleasantly surprised to see this perching Robin who let me get reasonable shots.

I know, its just a robin, but for a North American birder, its a great bird.

The villa sits along a gravel road which winds down a hill and around the bend, with breath-taking vistas at every turn.  Initially I was alone, but soon there were a few, and then many hikers with walking sticks and knapsacks.  Many were alone, but some were in groups, all obviously on more than a day trip by the look of their packs.  They spoke Italian, I don’t, but we could share a hearty “bon giorno”.  I later learned I was birding on the Via Francigena, an ancient and famous pilgrim road first documented by Sigeric, Archbishop of Canterbury in 990, linking Canterbury to Rome. The way is still used today by pilgrims or people just out for a scenic hike along the hills of western Italy. 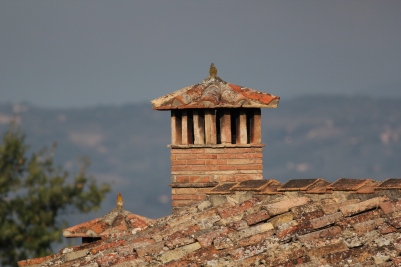 Three mornings of birding around the villa gave up 13 species including life birds: Sardinian Warbler, European Robin, and European Goldfinch.  One beautiful sunny afternoon, when the others went into town to shop, I stayed back to get some sun, read, and sip wine on the patio at the top of the hill, enjoying the Tuscan hills and vineyards stretching out below for miles.  I was smart enough to have my camera and the Canon 400mm F5.6L lens at the ready, just in case. Predictably I was soon asleep, but awoke just as a gorgeous Eurasian Jay was picking through the grass, not more than 25 feet away, oblivious of me.  He didn’t fly as I slowly reached for the camera and got many good shots before he finally noticed me and remembered he was in Italy.  What a colorful bird, as are all the jays. 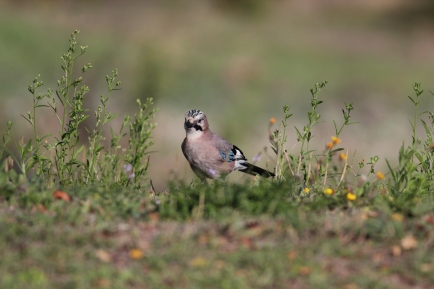 Later in the week we hired a guide and had a memorable day birding and checking out the ancient ruins along the western coast of Italy–I’ll describe that in another post.  What could be better than a trip to Toscano; wine, food, antiquity, with good friends–and of course birding.  Life is sweet. 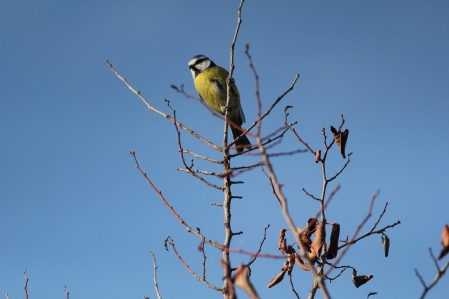 2 thoughts on “Birding in Toscano”